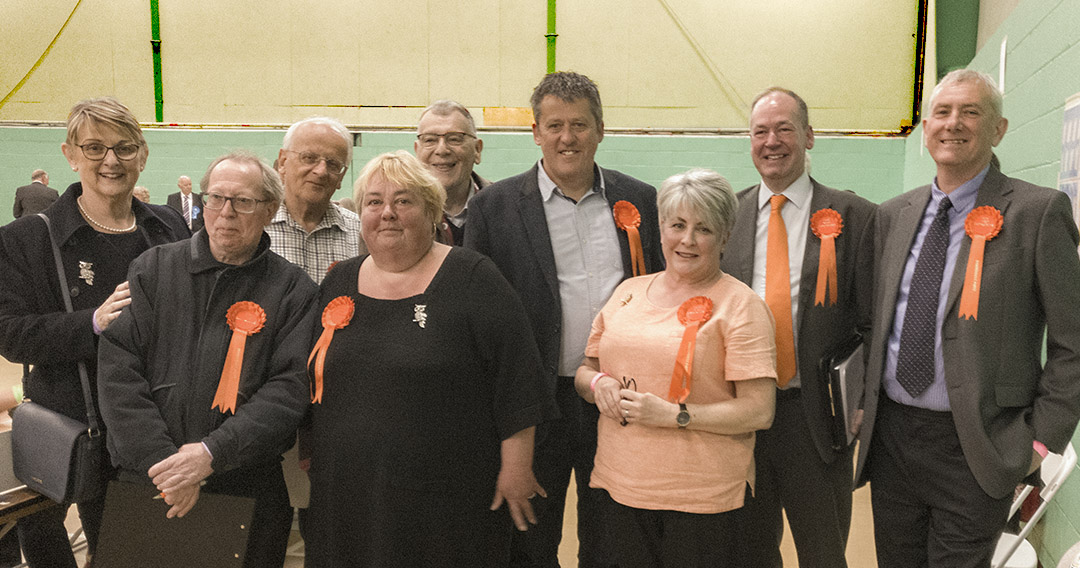 Jane joined Our West Lancashire when it was launched.  Jane has lived in Ormskirk for over 15 years.  Jane is an animal lover and currently has two rescue cats.

Jane, what first made you interested in local politics and community affairs in West Lancashire?

What attracted you to getting involved with Our West Lancashire?

I became interested in OWL as they were independent and not governed by a ‘whip ‘ so to speak and would allow me to speak up for problems in the ward, rather than be governed by local politics.

Why did you stand as a local election candidate?

I stood as a local independent Councillor as I was so fed up with the main parties and politics. They were not listening to residents.

How do you manage the time required being a councillor with work and other commitments?

It’s easy to manage the time as I work, but answer e mails in the evenings.  The main point is residents don’t demand an immediate response, but they do wish for a response, and it’s important a response—whether favourable or not is given. It’s all about communication.

What’s the best thing about being a councillor?

The best thing about being a councillor is helping residents and getting a positive outcome for them. Makes it all worthwhile . We can make a       difference and we have done. It’s lovely the amount of thanks I have had.

What’s the worst thing about being a councillor?

The worst thing about being a councillor is I don’t understand all the ‘jargon’ on the committee papers , I am not trained in finance /planning etc . I am just an ordinary person not trained in Council stuff.

What would you say to someone reading this who thinks that being a councillor just isn’t for them?

I would say ‘go for it’.  You can make a difference to residents’ lives and I am proof of this.

What support did Our West Lancashire offer you when you decided to stand as an Independent councillor to put residents first?

OWL have given me total support and advice.

Ian has been a resident in Bickerstaffe for over 50 years, where he lives today with his wife, Jill.  Ian is now semi-retired but has    pursued a career as an engineer, including running his own business managing capital investment.

Ian, What first made you interested in local politics and community affairs in West Lancashire?

Historically I have had little interest in local politics, however the proposed revision in the Borough’s Local Plan highlighted the degree to which our council have a bearing on the well-being of a whole community.  The injustice of an unprecedented and unjustified use of prime agricultural land for large-scale housing and industrial development, drew me into a challenge that I was not prepared to back down from.

What attracted you to getting involved with Our West Lancashire?

OWL Councillors were the first to bring the issues of the proposed Local Plan to the attention of residents, which demonstrated a clear commitment to representing the interests of residents and local communities. Their determination to challenge the proposals and to communicate and engage with those affected showed great leadership and was something that I was more than happy to offer my support.

Ian, why did you stand as a local election candidate?

Standing as a local election candidate was not something I set out to do and indeed it was a decision that I thought long and hard about.  After gaining a greater understanding of how the planning process would unfold, I was persuaded that the most effective way to continue to challenge the new Local Plan was as a part of the    process from within and not externally, with little prospect of being heard.  I had engaged with our local          community as part of the public consultation and knew that opposition to this plan was widely supported and a cause of great anxiety.

How do you manage the time required being a councillor with work and other commitments?

I am in the fortunate position of being semi-retired and able to manage my time to accommodate my work and council time.  One can effectively choose to be active across many fronts of the council’s affairs or take a less involved role at the 6 council meetings each year.

In my own case, I try to engage with my ward residents through regular attendance at the 3 Parish Council   meetings and any Parish events, and represent OWL on those committees and working groups that continue to challenge the evolution of the next iteration of the Local Plan.  There is no hiding the fact that this means there is a greater demand on my time, but the issues I choose to work on are important to me and to the people who live in my Ward.

What’s the best thing about being a councillor?

Possibly the most rewarding aspect is the satisfaction of assisting residents with issues that they have been    unable to resolve through their own personal dealings with the council and other agencies.   Being able to       represent them as their councillor certainly helps to achieve better outcomes.  Working with the OWL group also offers greater freedom to represent an independent viewpoint   without the encumbrance of a party whip, whilst benefiting from the support and encouragement from a team of like-minded individuals.

What’s the worst thing about being a councillor?

After almost 2 years I have a greater insight into the weaknesses of our democracy and political system, especially at a local level, where so much of it affects our everyday living, and I have to say it is even worse than I could have imagined.  I get very frustrated with the rigidity of council procedures and processes and lack of accountability and transparency of decision making to the wider public.  I continually need to remind myself why I am doing this, in the hope that some small change may result.

What would you say to someone reading this who thinks that being a councillor just isn’t for them?

I can empathise with anyone that thinks that being a councillor is not for them.  But this is the easy option and if you feel that there are injustices that need to be challenged, then it is no good just sitting back and hoping someone else will do it for you.  Sometimes you just have to roll your sleeves up and get stuck in.  If you succeed and are able to make even a small improvement then there is reward and satisfaction in having a go.  Working with OWL will give you a strong sense of unity in striving to improve things and put residents needs foremost.

What support did Our West Lancashire offer you when you decided to stand as an Independent councillor to put residents first?

It was only the assurance and confidence of the OWL team that I even contemplated taking on the challenge of standing as a candidate.  Their support through the initial campaign was phenomenal and the experience and knowledge of the leader was invaluable, helping me to push through the unpleasant task of self promotion and campaigning.  Being independent and free of party whip was important to me, and OWL have enabled me to achieve this whilst also retaining the benefits of group working with colleagues who support and encourage a common purpose to put residents first