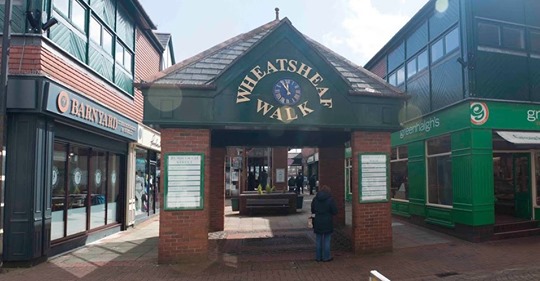 The ‘pagoda’ in Wheatsheaf Walk, Ormskirk looks set for demolition after all six Labour councillors, none representing Ormskirk, voted in favour at the Executive Overview and Scrutiny Committee on Thursday evening. The Labour cabinet are now expected to rubber stamp this.

Our West Lancashire Councillor Adrian Owens who was the only councillor representing an Ormskirk ward on the committee said, “I voted against the removal of the pagoda. There are arguments both ways, but our argument is that given the public outcry about the decision to remove the pagoda in isolation and not as part of a comprehensive improvement scheme, it was right to halt and carry out another consultation that engaged local residents. The council consultation last summer clearly failed to get a representative view. It received only 28 responses, yet over a thousand expressed an opinion in a poll just two weeks ago with over 90% opposed to the removal of the pagoda at this time. Labour chose to ignore those views last night.”

Our West Lancashire Knowsley ward spokesman, Neil Pye, himself a former Labour councillor said, “The Skelmersdale-centric Labour Group has shown itself to be both out of touch and out of step with the majority of people in Ormskirk who want to keep the Pagoda. When a council does not listen to residents, it is doomed to fail.”