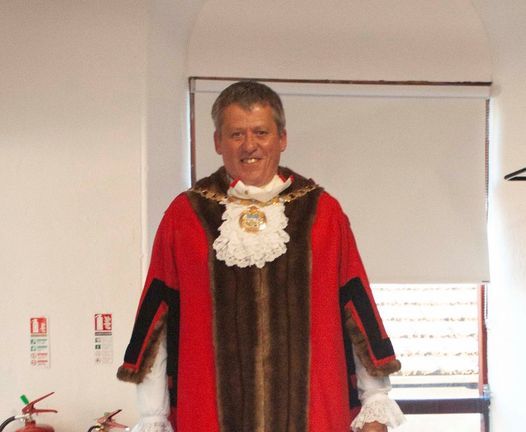 Speaking after the Annual Council Meeting, local Independents, Our West Lancashire Group Chairman Adrian Owens said, “It was wonderful to see Councillor Gordon Johnson from our Group, elected as Mayor.  As a football referee, he has plenty of useful experience to adjudicate fairly in chairing the council meetings where knife-edge votes are likely.”

Councillor Owens continued, “More generally, we said after the elections that we wished to work with all parties believing that was the best way forward for the Borough.  However, Labour did not speak to us during the period from the election count right up to the council meeting.  For them then to complain that the other two political groups put forward an alternative proposal is a bit rich.”

“Labour sought to carry on as if nothing had happened in the elections.  They tried to dismiss the verdict of the voters – namely the loss of their majority.  They attempted to take all the key positions.  In neighbouring Labour councils in Chorley and Preston they offer Committee chairmanships on Scrutiny and Governance to opposition councillors.  So, for Labour in West Lancashire to be so dismissive of local voters and try to maintain control of every committee was not acceptable.  I’m pleased that instead we have committees which reflect the diverse make-up of the council and give a voice to all councillors.”

Speaking about Our West Lancashire’s preference for an all-party Executive, Councillor Owens expressed his disappointment.  “Unfortunately, Labour and Conservative ruled out working together.  That fact, combined with Labour not speaking to us meant a Labour minority administration was the only feasible route left available and we facilitated that.  Our West Lancashire will continue to work with councillors of all parties in the best interests of the residents of our area.”