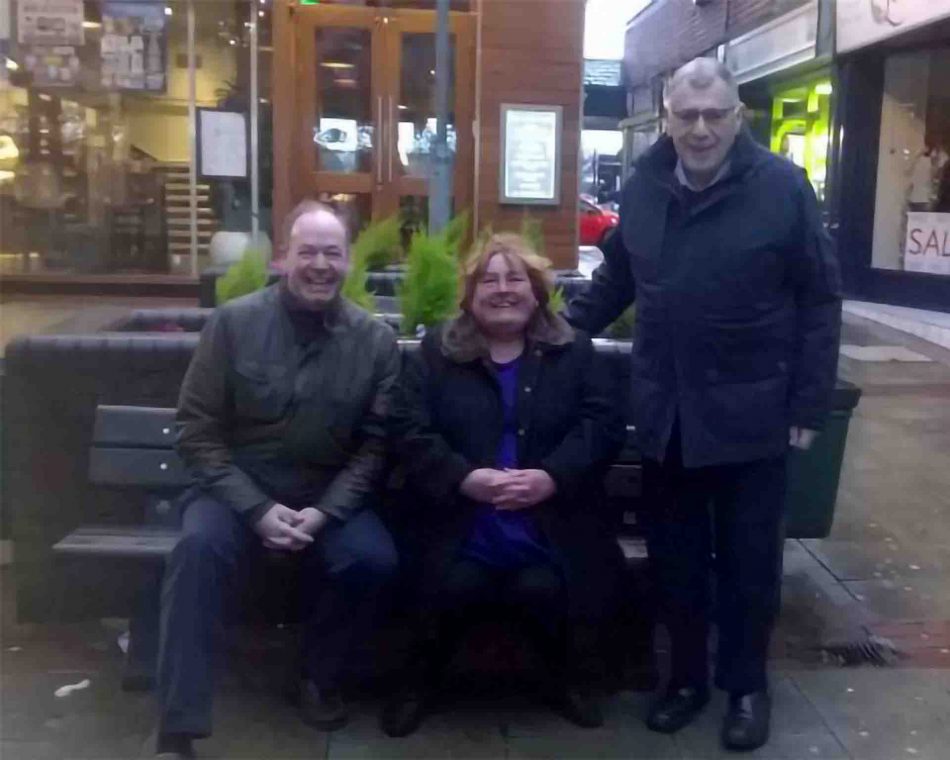 Older and less mobile shoppers will benefit from the new seating installed at Wheatsheaf Walk in Ormskirk Town Centre after the council responded to a request on behalf of local residents from Our West Lancashire.

Cllr Ian Davis said, “I’ve been contacted by several older residents concerned about the lack of seating in the town centre. We’ve an aging population and for many older residents, Ormskirk is their main and only practical choice as a shopping centre. So, we’ve been in discussion with the Council and I’m delighted that seating has already been installed at Wheatsheaf Walk and also that the council has committed to re-instating seating in Moor Street, close to the Disraeli statue after it was removed last year.”

Cllr Adrian Owens added, “Without this seating, one lady told me that she simply could not visit one of her regular shops on Burscough Street because the walk was too far without a rest. She was so pleased when the seating was installed. In keeping our town centre busy, the council need to remember that making the shopping experience pleasant and free from stress is probably more important than lamp post banners and printed leaflets.”

Jane Thompson, Our West Lancashire’s Scott ward spokesperson who lives close to the town centre herself said, “It’s great that the Borough Council have responded positively to our requests and begun to install additional and replacement seating. The next area for attention for our councils must be the poor state of the paving in parts of the pedestrianised area, especially Aughton Street.”