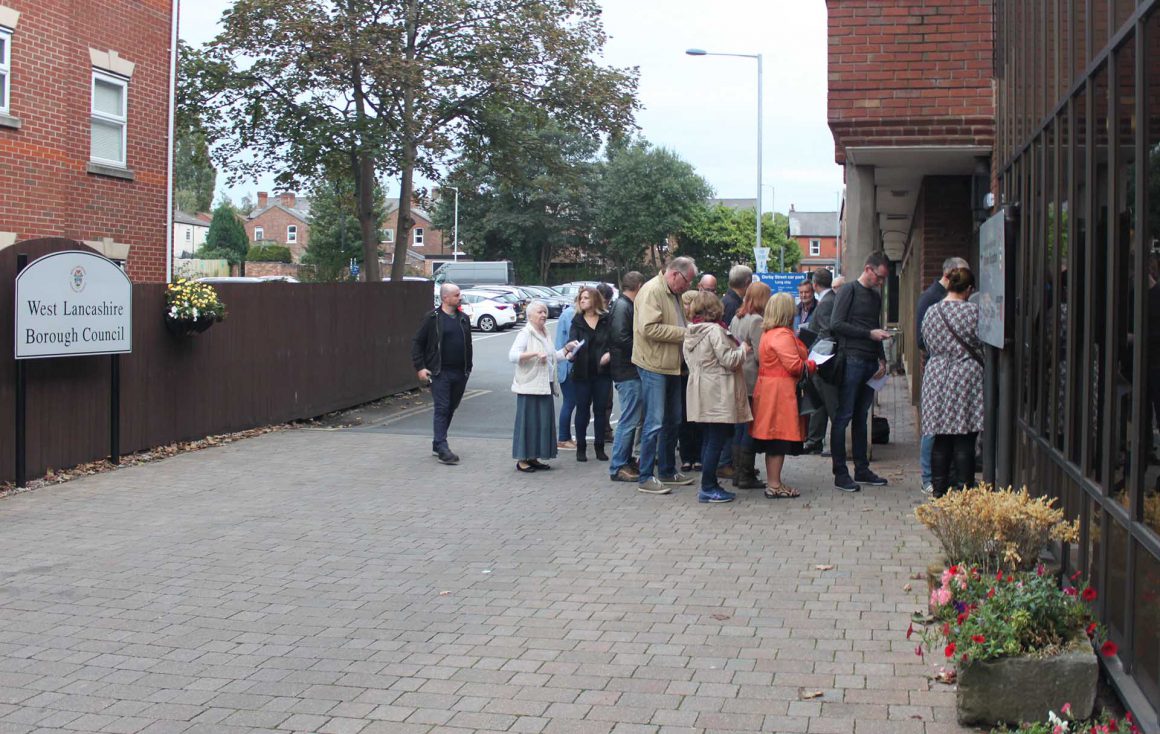 West Lancashire Labour have resorted to complete fabrication say Council Independents to distract attention from the fact that they failed to properly address legitimate questions from residents about the forthcoming local plan consultation at Tuesday’s Cabinet Meeting. They then compounded matters by calling the police when many of the 150 or so residents present reacted angrily to the council Leader shutting down discussion on the matter.

Our West Lancashire Councillor Ian Davis said, “I was appalled at the attitude of senior cabinet members. Residents asked how a proper consultation could be held when the newspaper the Council intends to use isn’t circulated in areas such as Bickerstaffe and Appley Bridge where significant housing developments are proposed – no answer was forthcoming. Residents asked how the councillors could put the draft local plan out to consultation when they hadn’t seen many of the evidence papers that supposedly support the council’s thinking – again no answer was forthcoming and the same when residents asked why the consultation document makes no mention of the underground large gas mains pipelines that run under much of the land indicated for development in Bickerstaffe.”

Councillor Adrian Owens said, “Labour are resorting to completely untrue smears about me and completely distorting the meeting. We have placed a video of the meeting on our Facebook Page and people can form their own opinion. In the meantime, OWL councillors will be pursuing the questions from residents that went unanswered in the coming days with council officers.”

Bickerstaffe resident, Ian Rigby who posed questions of the councillors said, “It was clear that the events of Tuesday evening only arose out of the anger felt at the cabinet’s disregard of the concerns raised, even when confirmed by their officers. It is another nail in the coffin of our democratic process when we have elected members failing to take seriously the concerns of those that elected them.”