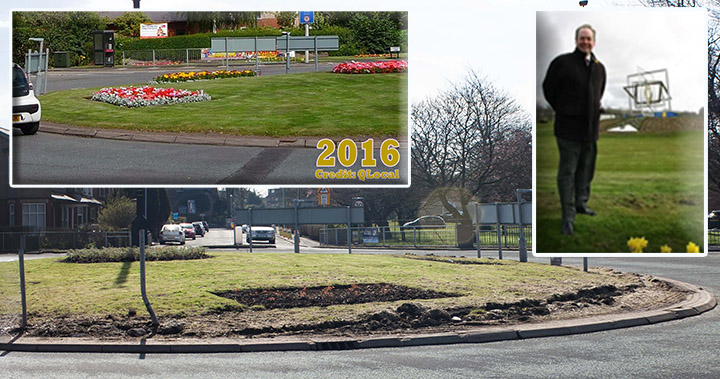 Our West Lancashire have welcomed news that the Borough council will restore summer bedding to the roundabout by the Fire Station after Cllr Kate Mitchell raised the matter with the Director of Street Scene on Monday.

Cllr Mitchell, who made improvements to the roundabout one of her manifesto policies in last month’s election said, “I am pleased that the council appear to have listened to the concerns of Ormskirk residents. I found out that the advertising income was bringing in more than £3000 on that roundabout alone and have been in contact last week with the solicitors’ firm who advertise there. When I raised the matter on Monday with the Director of Street Scene she was keen to see if improvements could be made and I’m delighted with this response to my campaigning on this issue. I hope that the display will be as good as in the recent past.”

Cllr Adrian Owens who was the councillor responsible for the original daffodil planting at Hope Island in Skelmersdale welcomed news of fresh daffodil bulb planting there but added though that OWL would continue to campaign about the state of other feature roundabouts in West Lancashire. He particularly singled out the roundabout at Pippin Street in Burscough. “It’s a jungle and the council’s basic grass cutting maintenance there is failing. It desperately needs improving.”

Swimming Pools for all? The Council want your views.