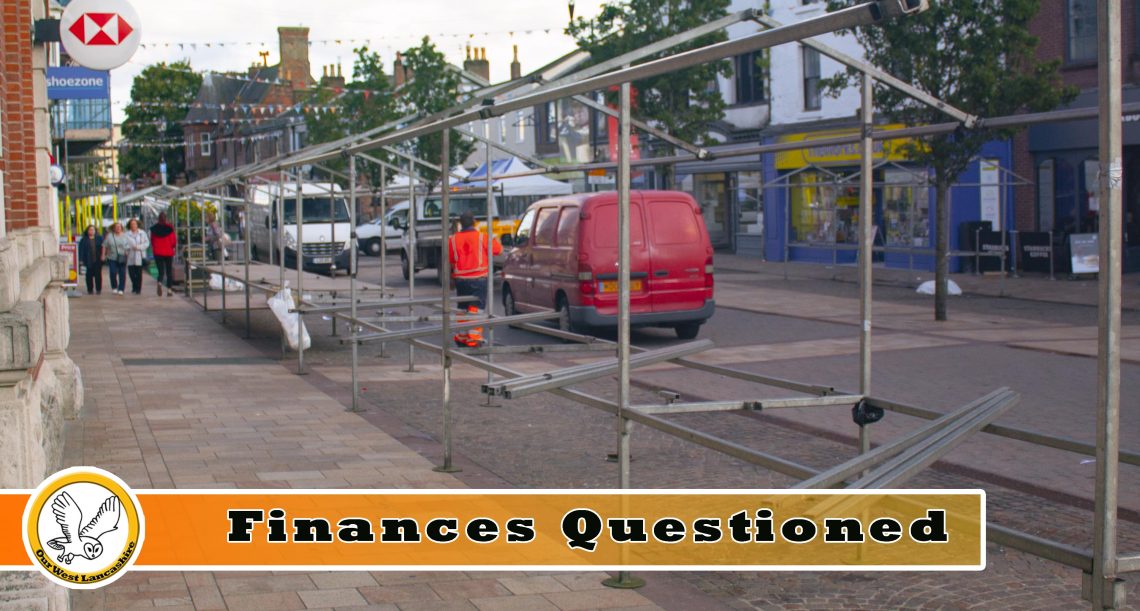 Council Independents this week accused the Labour council cabinet of not having thought out their proposed changes to Ormskirk market and called on them to publicly justify the change, as news emerged that the council staff who erect the market stalls have not been formally consulted over the proposed changes.

The plans for the market would see stall holders having to erect their own stalls from next April.  The changes were approved by the Labour cabinet in a matter of seconds back in June.  The whole agenda paper of 10 items was concluded in only 14 minutes.  This shows the lack of proper consideration and thought say Our West Lancashire.

Cllr Adrian Owens said, “Labour have not thought this one through.  They have been refusing to release the council consultation results because apparently, it’s still not completed, yet our survey showed only 1 in 5 stall holders in favour of the changes.  Now, news has emerged that the council staff who erect the stalls have not been properly consulted about the changes.  If they were asked, I am sure they could suggest cost savings.  Why does it take one vehicle and two men to put up the stall extensions for example?”

“We’ve even heard that Labour councillors have even resorted to carrying out their own survey of stall holders this month.  If that’s the case, it’s ridiculous.  That should have been done before they rushed through the decision in June.”

Another Our West Lancashire councillor Ian Rigby has been investigating discrepancies in the financial figures that suggest the market is suddenly making a large loss.  He said, “After more than 5 weeks the council finally provided more detailed figures that showed that over £80,000 of new ‘recharges’ had been landed onto the market account in the current year that were not included last year.  I’ve been provided with no adequate explanation for this and the Borough Treasurer has now agreed to involve the council’s external auditors in the matter.”

Our West Lancashire say many people who shop at the market have been in contact unhappy about the proposed changes with many residents concerned about the safety of gazebos in high winds and how the market appearance might suffer under the new arrangements.  Cllr Owens concluded, “Every answer we receive from the council, begs further questions or raises more concerns.  It’s high time the Labour councillors who took this decision justified it fully to local residents.”

Our Stance on Councillor Allowances