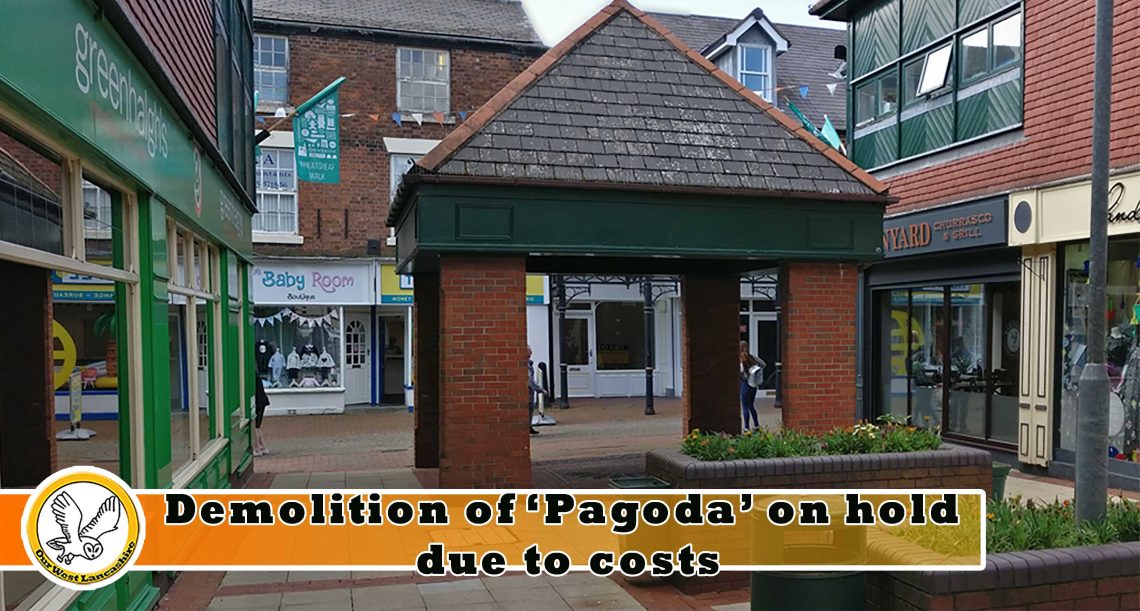 Controversial plans to demolish the ‘pagoda’ at Wheatsheaf Walk in Ormskirk are on hold after the demolition costs reported to councillors were found to be a gross underestimate.   Revised costs have not been quantified but could be double the original estimate of “no more than £10,000”.

Council Independents, Our West Lancashire have renewed their call for an effective and meaningful public consultation over the demolition plans saying there is now adequate time to do so.  In June, all 6 Labour councillors on a committee, none of whom represented Ormskirk ruled out a full public consultation on the demolition proposals overruling opposition councillors in a narrow 6-5 vote.

Our West Lancashire Knowsley ward spokesman, Neil Pye, himself a former Labour councillor said, “In the summer, the Skelmersdale-centric Labour Group pushed the demolition decision through in the face of a public outcry.  The council’s previous consultation was so poor at engaging the public that only 28 responses were made, yet hundreds commented on OWL’s social media when the demolition announcement was made.

This fresh delay gives the council plenty of time to organise an effective and engaging public consultation that will provide the updated costs of including the pagoda demolition in the Wheatsheaf Walk improvement scheme.  We need to be sure that money spent in our town centres is spent wisely and people should be given their say on this.”