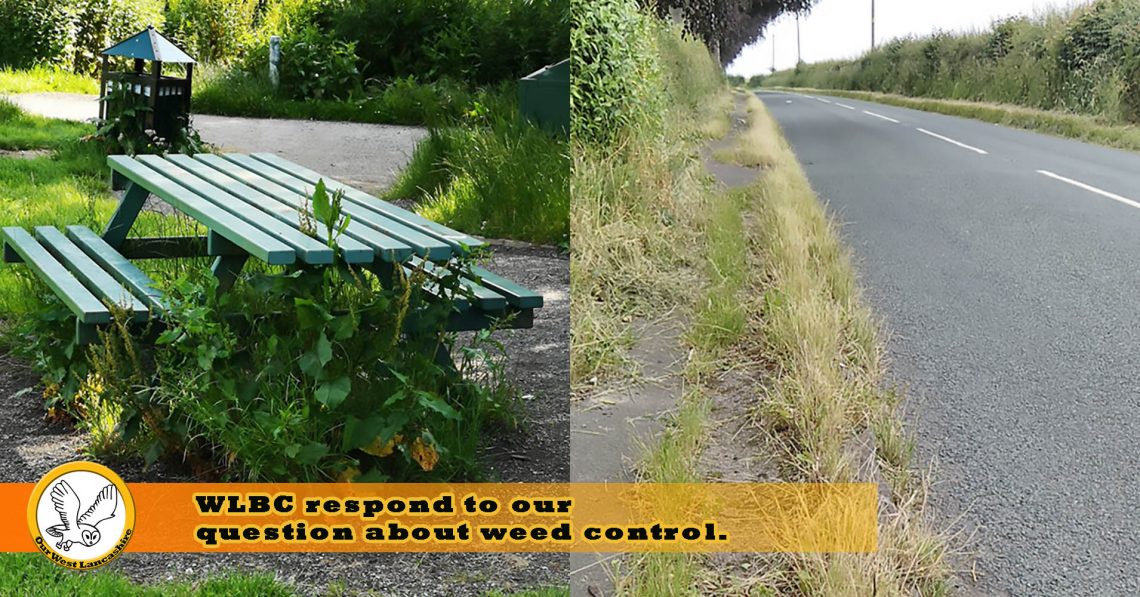 Delays between the County and Borough councils in agreeing this year’s weed spraying contract on the area’s roads and pavements have led to increased damage to highways say Our West Lancashire, the Independent group of councillors.

After being contacted by concerned residents, Our West Lancashire tabled a question at the last council meeting asking about the late weed spraying this year.  The council have now admitted that there was a delay in arranging the contract this year.

Councillor Adrian Owens of Our West Lancashire said, “Annual plants form an important part of our biodiversity in our local countryside including highway verges.  However, when they grow in road channels and around traffic islands and between paving, they can cause damage to the structure and affect normal water flow potentially causing further damage.  They also give our Borough an uncared-for appearance.”

“This delay in tackling weeds in paved areas and on our road surfaces is concerning as the risk of damage to the highway increases.  The council say that the second spray should now be taking place but we are still getting reports of areas where the first spray hasn’t been completed, so there appears to be further delay.  The service this year hasn’t been good enough and to blame the delays on having to re-tender the contract begs further questions about the planning and organisation of this service.”

The council have committed to getting the weed spraying back on schedule in 2020 and Cllr Owens says that Our West Lancashire will be pursuing the matter next spring to ensure that remains the case.