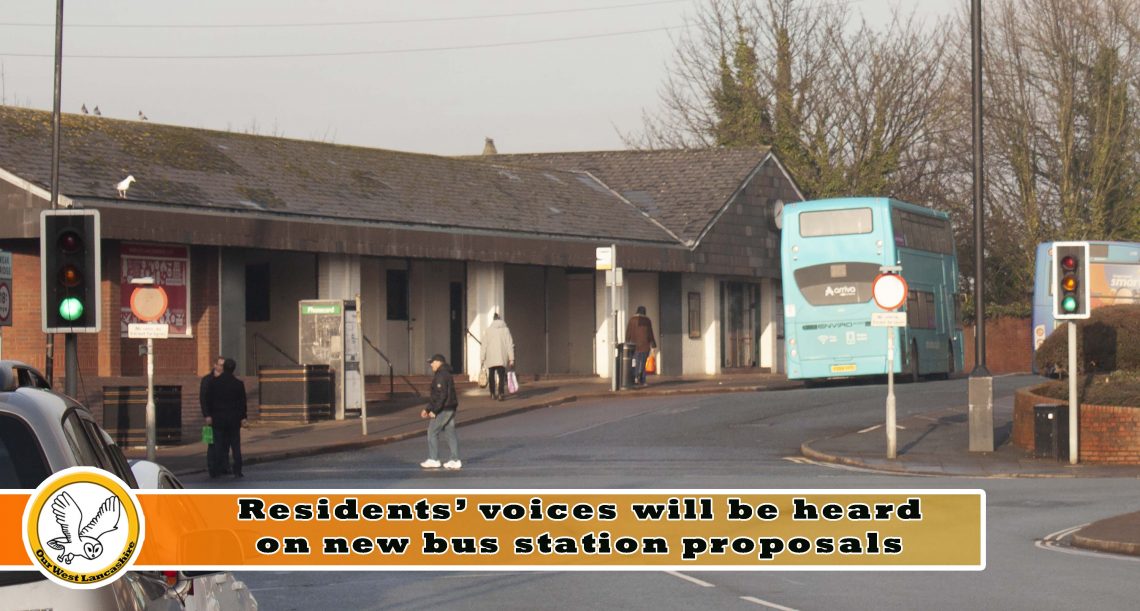 Revised plans for the redevelopment of Ormskirk Bus Station will be put to a full public consultation early next year in a move warmly welcomed by Our West Lancashire councillors from the town.

Cllr Jane Thompson from Scott ward said, “Last year, the public were shut out from having a say.  When, eventually, the plans came out they revealed a 4-storey building for students and the loss of the car park on the site.  These, along with the proposal for buses to reverse on the site, led to a public outcry.  Thankfully, the plans were later scrapped.”

Derby Ward councillor Gordon Johnson added, “The Borough Council own this land.  Last year, Labour worked with a developer behind the scenes and then presented a done deal to residents.  This time the Council’s Head of Growth and Development has confirmed that there will be a full public consultation on the revised plans after the Council cabinet in January.”

Cllr Kate Mitchell concluded, “The last set of proposals reduced the number of bus stands.  That wasn’t going to encourage more bus use.  I’m pleased the council will do things properly this time round.  Asking the public for their input via a public consultation will allow improvements to the plans to be considered before they are set in stone.”