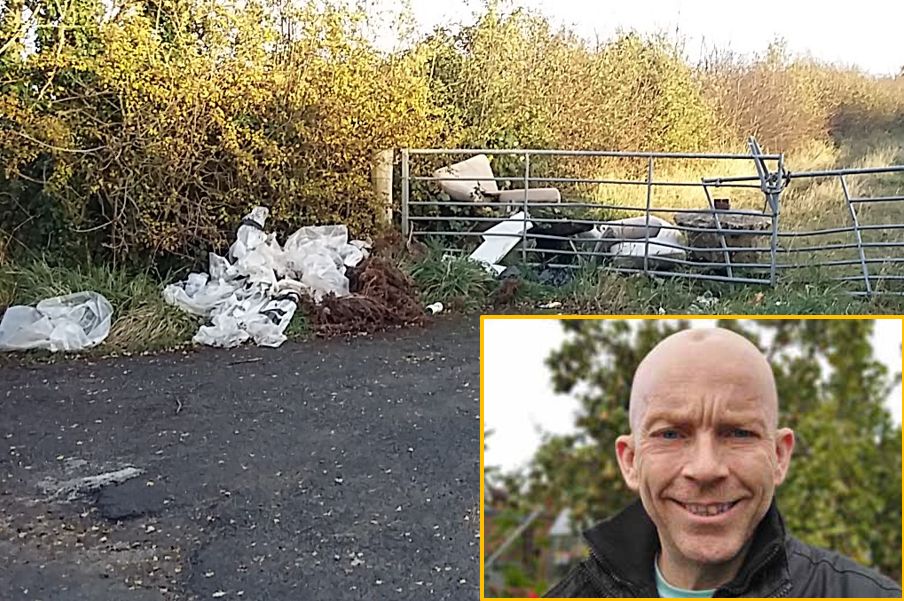 “Councils across the country use CCTV to deter flytippers and to gather evidence to prosecute offenders.  West Lancashire residents deserve the same service” said, Blair Piggin, Scott ward spokesman for Our West Lancashire.  “My ward colleague, Councillor Jane Thompson is repeatedly reporting flytipping on one lane in our ward but it’s a problem across West Lancashire and the chances of getting caught are just not high enough.  That’s why we need to do more.”

Our West Lancashire say they have received more complaints of flytipping in recent months adding that the ban on depositing inert waste at the County Council waste sites at Burscough and Skelmersdale have not helped.  Blair Piggin said “We’ve written to the Head of Waste at the county council and we would like to see inert waste being accepted again as it is in Sefton and other council areas.  However, nothing justifies fly tipping.  The cost to the Borough Council and private landowners in clear-ups is money that could instead be spent on something of benefit.”

The Scott ward community activist concluded “This is not about Big Brother.  It’s about using mobile cameras in a targeted way in specific flytip hotspots.  Just the warning signage and the knowledge that cameras are present will act as a deterrent.  Anyone who continues and flytips in those circumstances will deserve the full force of the law to be applied.”

Public To Be Consulted On New Plans For Ormskirk Bus Station