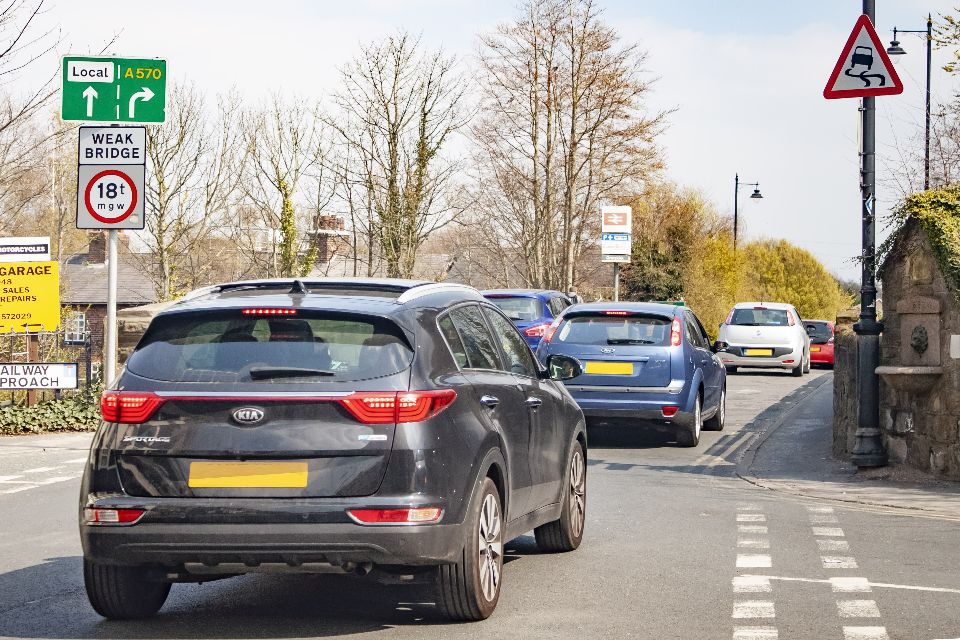 The County Council must run a pilot scheme to determine the impact on traffic congestion before permanently reducing Derby Street in Ormskirk to one lane says the Borough Council.

Councillors overwhelming backed a motion from Our West Lancashire councillor, Jane Thompson calling on the County Council to carry out a formal trial of one lane operation before bridge strengthening works are started.  The County Council plan to start the works in November to permanently reduce Derby Street bridge to one lane but admit they have carried out no formal pilot of the impact on traffic congestion.  Instead, they have relied on computer modelling.

Scott ward councillor, Jane Thompson has witnessed congestion first-hand during short-term roadworks on Derby Street and fears that the County Council will be building in permanent tailbacks and air pollution from standing traffic with their proposals.  She said, “I was delighted my motion was passed at Full Council on Wednesday and the support it received.  I do hope LCC will carry out a formal pilot of reducing the traffic from 2 lanes to one lane, as once the final decision is made this is irreversible.  It’s such a small request for such an important decision.”

OWL Group Chairman, Cllr Adrian Owens who seconded the motion said, “Councillors united to support the motion, but it was disappointing that the Conservative Group Leader felt unable to support the motion.  He is also a County Councillor and perhaps felt conflicted, but he should be leading the case for a formal pilot scheme on this, not sitting on his hands.”

The Borough Council’s Chief Operating Officer will now write to the County Council calling for a formal pilot of single lane operation before any bridge strengthening works take place.