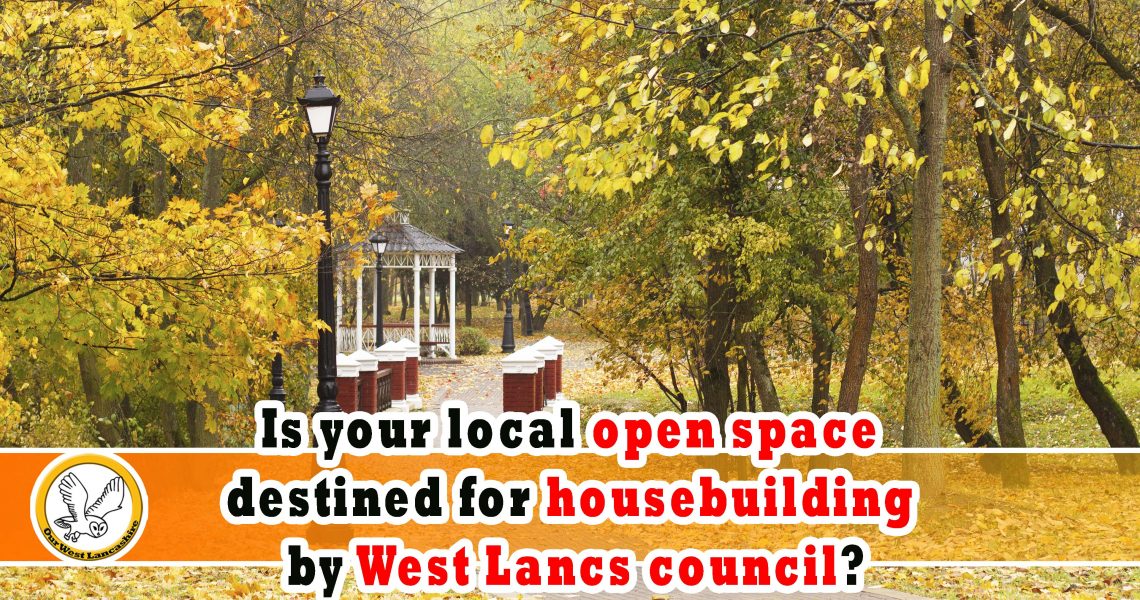 Council-owned Tawd Valley Developments are not currently assessing any further public open spaces for housing development.  That’s the assurance from council officers secured by Our West Lancashire.  The assurance was sought after the council’s advanced plans to sell a piece of well-used public open space to Tawd Valley Developments for house building were disclosed in October.

The OWL Group Chairman continued, “How was this public open space offered to the council’s housebuilding company in the first place?  Whose idea was it and at what point did the Council’s Leadership endorse it?  We asked these questions a month ago and still no answers.  This green space is well-used and a community asset.  It had previously been ratified as public open space after a consultation with the ward councillors and by a formal decision of the council’s cabinet.  Now, when someone at the council wants to build houses on it to bolster the books of Tawd Valley Developments, there has been no due process at all.  It was therefore disappointing that Labour councillors didn’t raise any concerns when presented with the information at the last council meeting.”

Council Owens concluded by calling for a halt to the process to sell the land for house building.  “Now that the council officers have said no other public open space is being considered for housebuilding, it is unreasonable to continue with their plans on this single piece of public open space.  Stop this process now and instead look at other land which the council has already identified as suitable for development.  If they proceed, once the location becomes public then they can expect strong public opposition.”