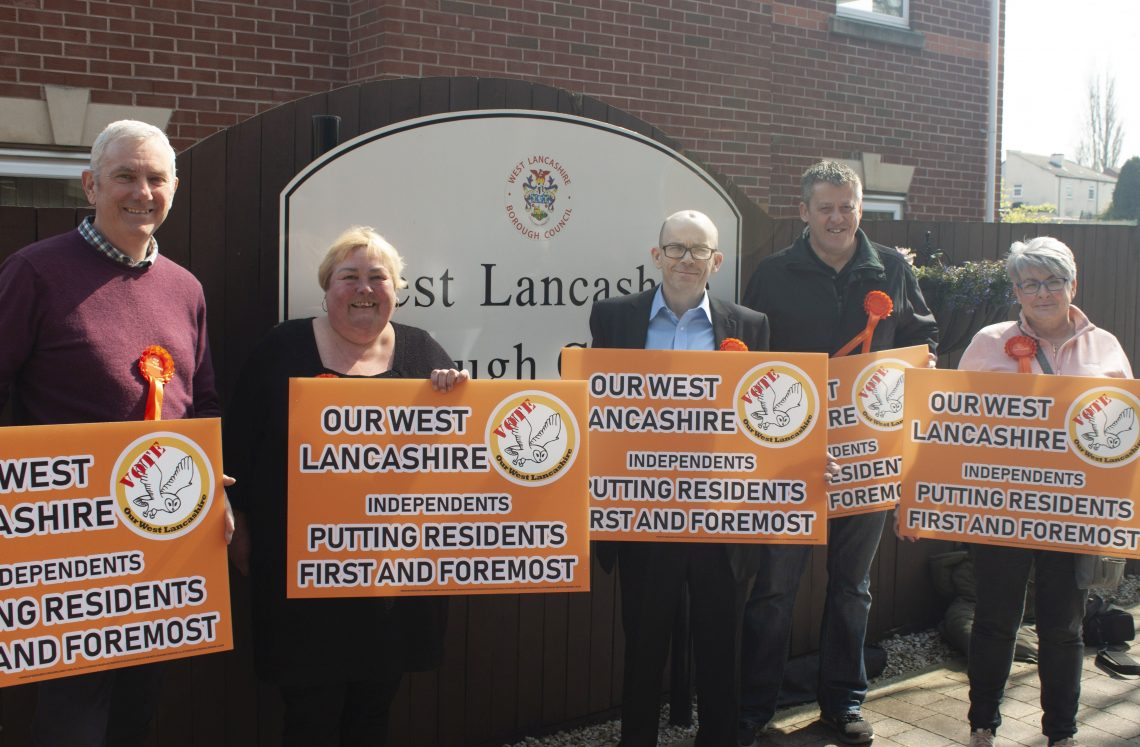 Five high-calibre local residents have been selected to stand as Independents under the Our West Lancashire banner for the local elections to West Lancashire Borough council on May 2nd.

Our West Lancashire currently have two councillors and are well-positioned to see more Independent councillors elected this year, cutting the majority of the ruling Labour group whose local plan proposals were so badly received that 7 of their 11 councillors up for re-election have decided to call it a day.

Jane Thompson in Ormskirk’s Scott ward is an all-year round community campaigner who last year was only 30 votes short of winning, while in Derby ward, Gordon Johnson is aiming to join existing OWL councillors Adrian Owens and Ian Davis to form a strong Derby ward team.  Completing the full slate of Independents in Ormskirk is Kate Mitchell who stood for election for the first time last year and increased her percentage share of the vote by 28%.

In Bickerstaffe, the total opposition of Independents to Labour’s ill-conceived Local Plan proposals is championed by Ian Rigby who was born and still lives in Bickerstaffe.  His local knowledge and experience as a past parish councillor make him the ideal person to represent the opposition to the Local Plan that is widespread in the ward.

Finally, in Skelmersdale South, Blair Piggin is flying the flag for Our West Lancashire providing a serious and real alternative to the Labour domination of the town.

Long-standing councillor Adrian Owens, said, “We have core policies on the local environment; supporting our towns; new leisure centres; student housing and cutting the cost of councillors.  Apart from these agreed policies though our councillors are Independent.  There is no party whip and they are free to serve the interests of the residents who elected them.”

Cllr Owens concluded, “Local councillors can have a huge impact on the local area and quality of life – the local plan proposals show that.  Make sure you use your vote this year and I hope you support an Our West Lancashire candidate where they are standing.”