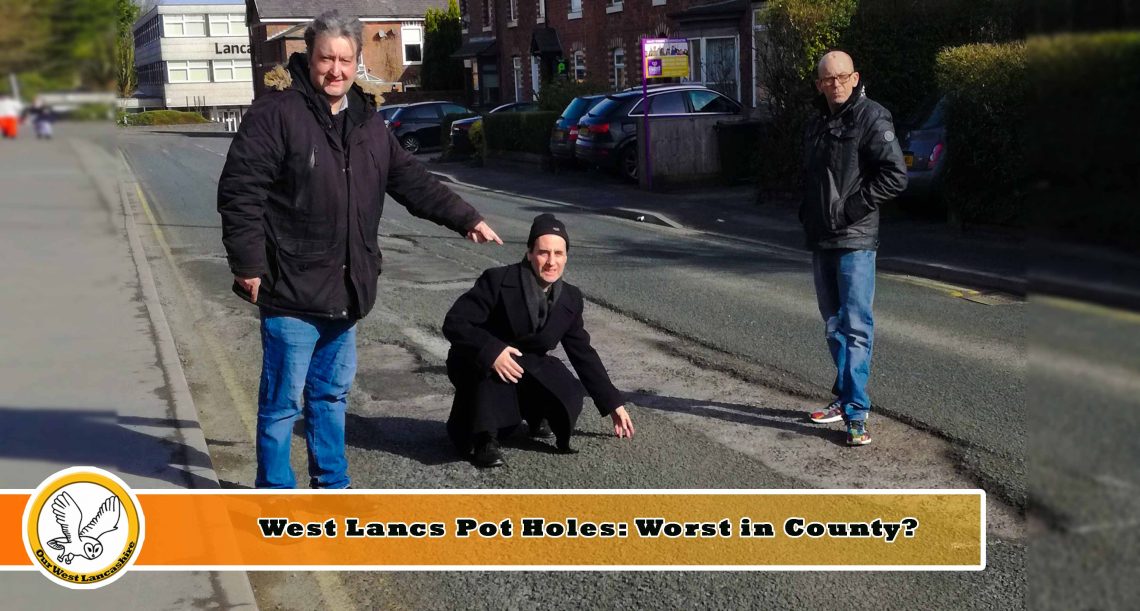 David Gallagher from Aughton and Downholland ward said, “As Borough Council candidates, the issue we get most comments about is potholes and the condition of West Lancashire’s roads.  It’s frustrating as this is not dealt with by the local council but by the County Council in Preston.  We complete many pothole reports and the situation is getting worse if anything.”

Scott ward’s Blair Piggin concluded, “Potholes are damaging the cars of local residents on a daily basis at the present time and the repairs the county council make are of poor quality and often only last a week or two.  Not only is it doubtful that West Lancashire is getting its fair share of road maintenance but the value for money of the repairs must be questioned.  What are our local county councillors from both the main parties doing to make sure West Lancashire roads are properly maintained?”

A Plan Is Needed To Reopen Household Waste And Recycling Centres